Sage & Time is a monthly poetry night that I hosted with Anna Le and Richard Marsh. It began in July 2010 at the Three Blind Mice in Shoreditch, and moved to the Charterhouse bar in Smithfield in 2011. It’s been taking a break in 2014.

Sage & Time has featured some fantastic poets, but is most loved for its warm and welcoming open mic. It’s also home to The Thing: a collaborative poem compiled spontaneously during each event, made up of the best lines from each and every performer.

Over the years, the lovely people at Sabotage Reviews have written some nice things about Sage & Time (as well as gracing our stage with their mic skills many, many times). Here’s a review of our 3rd birthday bash and another from November 2011.

Abraham Gibson & Captain of the Rant

Halfway through the night… 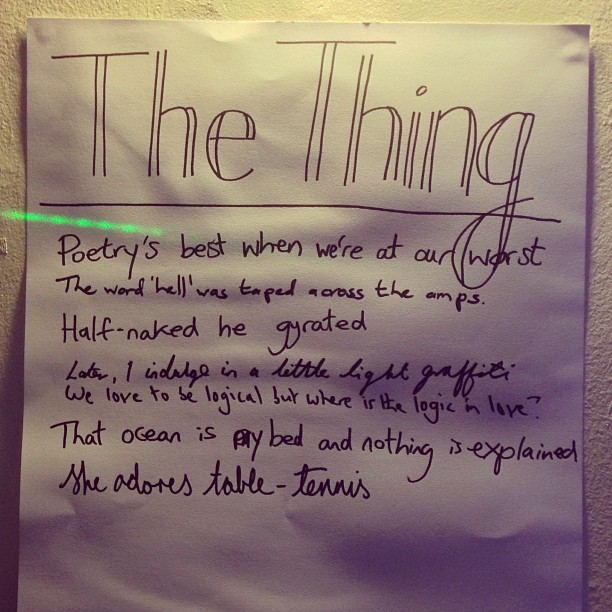 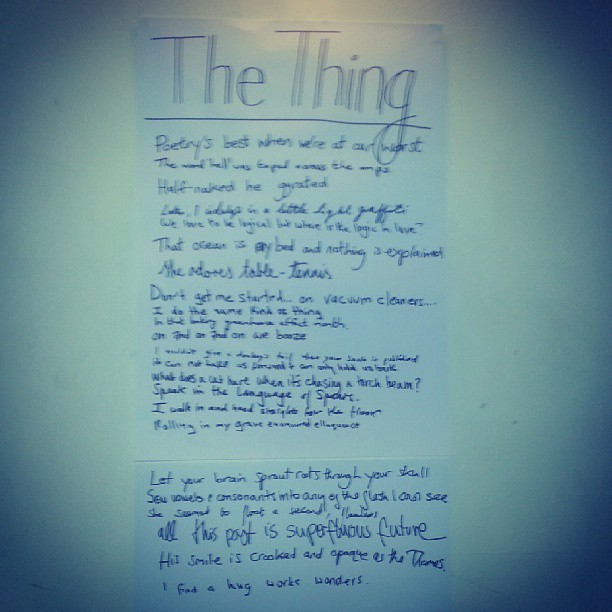 May we romanticise red Valentine love,
the real desire for beautiful lies.
You keep us in this straight jacket,
this strict constrict of life.
God, you felt so great…
…now he’s cuddly, tame and cultured,
gazing up at brickwork skies.
He’s waiting for everything to change.
For the bright chaos of life.
But when I began to love backwards
I could win a gunfight brandishing a knife.
There’s only one rule: you need to be real:
both truth and desire at the same time.
If my heart was a house, you’d already be home
and foul vowel play aside, it’s crystal clear why
you awaken resonances
that leave my soul stirred as well as shaken.
In weakness we are beautiful.
Now the sirens they haven’t stopped ringing.
You are the woman at the end of the beginning.
The words and thoughts, they hang off every part of me.
I’ve tasted myself charred.
This girl has put new glasses on my heart.